Review: "Hoffman, who’s suitably dashing and handsome, has a bright, winning tenor that rises effortlessly to the top notes of the melodies he shares with his love, Cosette (Amara Haaksman, possessed of a sparkling soprano)." - Steve Barnes, senior writer Times Union 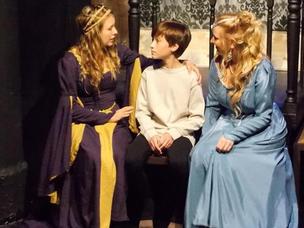 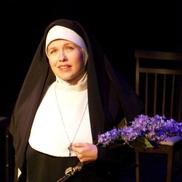 Photo on left: Sister Rita in The Runner Stumbles

Photo on right: Queen Isabella in Edward the Second

Photo on Right: Accepting NYIT Award for Outstanding Actress in a Leading Role

Photo on Left: As Crevette in That Lady from Maxim's​ 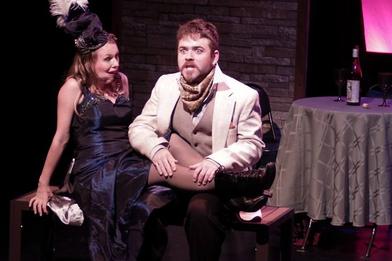 Amara is thrilled to be joining a wonderful company of actors in the female ensemble of  Les Miserables at Casa Manana.

October 2014
Amara is currently performing in the fall season for Isle Of Shoals Theatre Company. She is portraying Sister Rita in The Runner Stumbles by Milan Stitt and Queen Isabella in a new musical adaptation of Christopher Marlowe's Edward the Second by Bryan Williams and Lance Hewitt. The shows are running in repertory at the Robert Moss Theatre in the Lower East Side.